Why is diversity so important in the admissions process?

Diversity is high on the agenda for institutions around the world right now, and for good reason. As well as making people better communicators and providing all students with a richer university experience, learning environments that promote diversity of thought are more conducive to creativity and innovation. 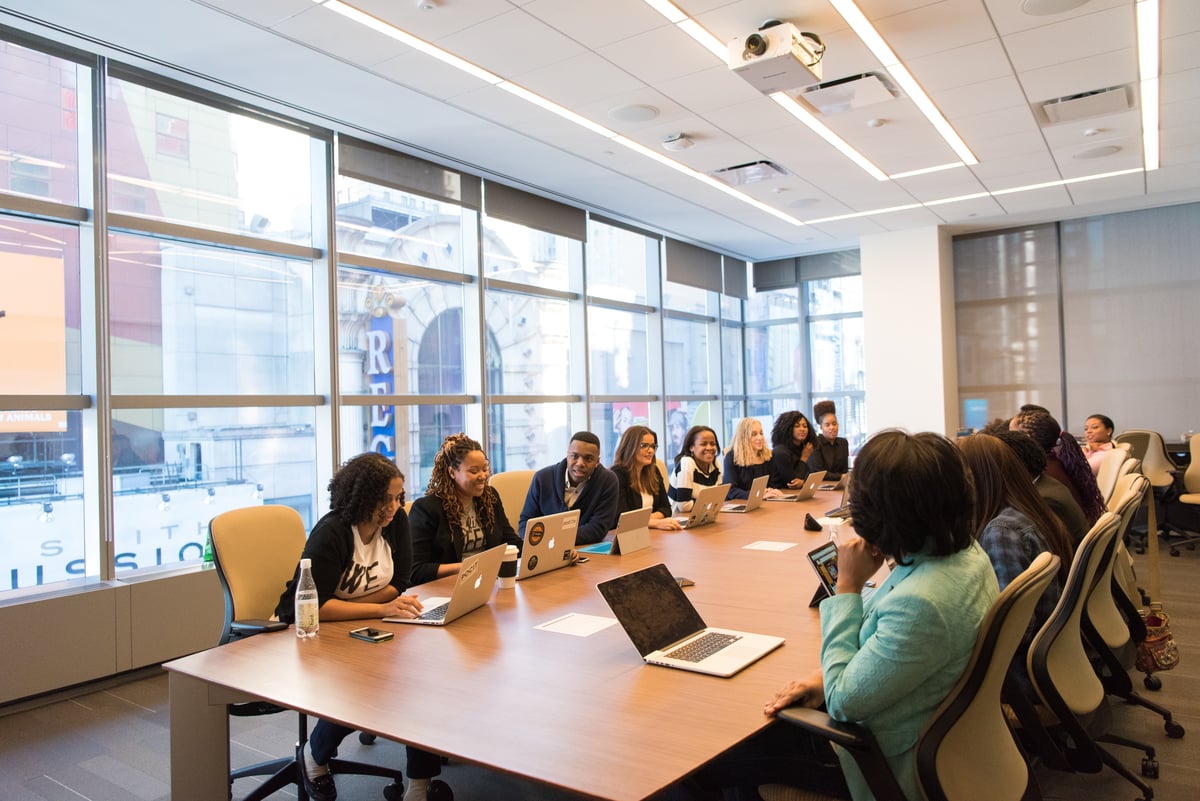 Image by Photo by Christina @ wocintechchat.com

In order to nurture the leaders of tomorrow, higher education institutions must do more to embrace diversity. In failing to do so, everyone loses out – prospective students, universities, companies that recruit graduates and society as a whole.

With the growth of online programmes and remote learning, it’s becoming easier for faculty to engage with students from different backgrounds. However, technology alone isn’t the answer. In this article, we take a closer look at why diversity is so important and what some institutions are doing to promote it.

But first – what does “diversity” mean in a higher ed context? We found a concise definition for diversity on Queensborough Community College’s website:

“The concept of diversity encompasses acceptance and respect. It means understanding that each individual is unique, and recognizing our individual differences. These can be along the dimensions of race, ethnicity, gender, sexual orientation, socio-economic status, age, physical abilities, religious beliefs, political beliefs, or other ideologies. It is the exploration of these differences in a safe, positive, and nurturing environment. It is about understanding each other and moving beyond simple tolerance to embracing and celebrating the rich dimensions of diversity contained within each individual.”


Research shows that diversity drives innovation. One diversity study in particular reveals that employees of companies with 2-D diversity – environments where “outside the box” ideas are listened to – are 45% likelier to report a growth in market share over the previous year and 70% likelier to report that the firm captured a new market.

Embracing diversity at university level is crucial for closing the skills gap, particularly in technology. Writing for the World Economic Forum in 2018, Farnam Jahanian President of Carnegie Mellon University, highlights the importance of diverse perspectives in universities in order to “meet the economic demand posed by our tech-driven economy.”

According to the US Bureau of Labor Statistics, STEM occupations are projected to increase by around 8.9% between 2014 to 2024 whereas non-STEM roles are set to grow by 6.4%. Around 55% of STEM careers are expected to be in computer-related sectors.

According to Jahanian, data shows that a lack of graduates in the field could result in over two-thirds of jobs going unfilled. “By not expanding the pool of job-seekers, we risk falling short of the growing demand, with serious consequences for the future of technical innovation,” he explains.

Jahanian cites The University of Baltimore County (UMBC) as an institution that sought to address the issue of diversity and inclusion years ago and is still seeing the benefits today. In 1989 it introduced the Meyerhoff Scholars Program “to expand the pipeline of individuals from racially, socio-economically and geographically diverse communities who are pursuing graduate work in STEM fields.”

“Today, UMBC is among the top 10 baccalaureate institutions for graduating African American students who go on to earn PhDs in the natural sciences and engineering.” 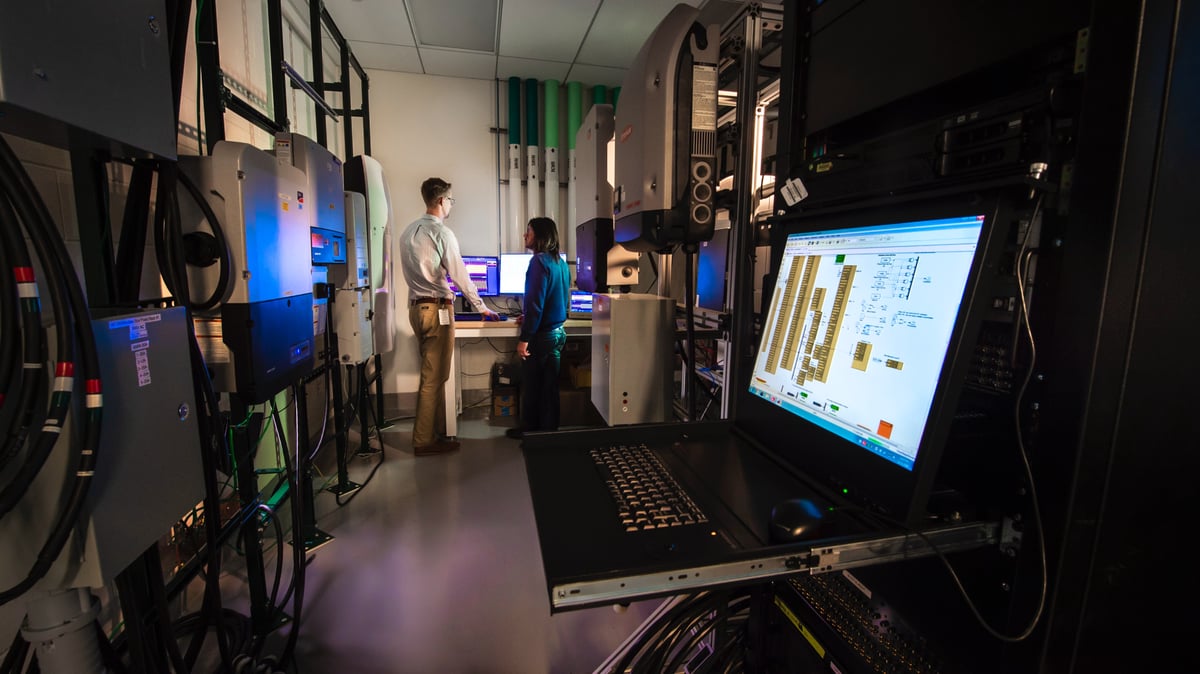 Photo by Science in HD

As well as creating a more enriching learning experience for all, university diversity helps drive innovation in the workplace.

Understanding the benefits of diversity is one thing, but knowing how to implement it is another. UK universities spend around £800 million on improving access and outreach, however evidence on what works best is limited.

Set up in 2019 by a consortium of King’s College London, Nottingham Trent University and The Behavioural Insights Team, TASO is dedicated to using evidence and evaluation to understand and show how higher education contributes to social justice and mobility.

TASO’s overarching goals are to “eliminate equality gaps in higher education within 20 years” and to “improve lives through evidence-based practice in higher ed”. Higher ed practitioners can find a wealth of useful resources on TASO’s website, including an evidence toolkit summarising the existing evidence on approaches to widening participation and student success for disadvantaged and underrepresented groups.

In this video, Susannah Hume, Establishing Director of TASO, reflects on the project’s achievements to date and her time in the role.

Example of funding diversity in universities

Also launched in 2019, Imperial College London’s Equality, Diversity and Inclusion (EDI) Seed Fund is designed to support students and staff in generating ideas, activities and initiatives that align with its EDI strategy.

Professor Stephen Curry, Imperial’s Assistant Provost for Equality, Diversity and Inclusion, said: “We know that different people and groups within the university often have bright ideas about how we can do things better – and we are keen to nurture and stimulate that creativity.”

The fund’s first 10 grants were awarded at the beginning of 2020 and applications will reopen in autumn. Proposals that have been funded so far include four workshops aimed at Black, Asian and Minority Ethnic (BAME) students and students with Specific Learning Difficulties (SpLD) and a workshop on gender equality in the workplace that aims to empower men as allies.

To find out how FULL FABRIC can help your institution to create a more inclusive admissions process, get in touch with the team today/ request a demo.

What are the most important requirements in EU university admissions?

How Are Universities Leveraging Big Data and Analytics in the Admissions Process?

Switching from PDF Applications to an Online Admissions System