The Disruptive Forces That Will Transform Higher Education

Trans-national education, algorithm mentors and for-profit universities are just some of the so-called 'disruptive forces' set to change the landscape of higher education over the next five years. But how, exactly,
are these factors going to make an impact? Let's find out... 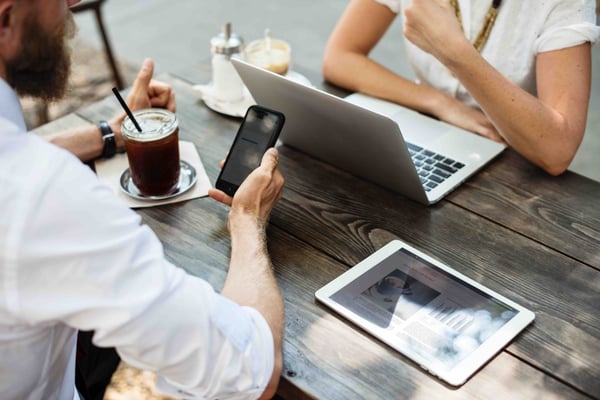 “What do you believe will be the disruptive forces that transform higher education over the next five years?"

While we received a variety of answers, one fact was clear: higher ed leaders are viewing the “threat” of disruption as an opportunity for growth, innovation, and developing a powerful new value proposition.

Here’s what they had to say...

The coming five years will see a distinct, and revolutionary, shift in the higher educational landscape. This shift will be the re-balancing of trans-national education. The English-speaking, student-importing, and international-fee-reliant countries (USA, UK, Australia, Canada) will see their traditional student-source countries (China, India, Malaysia, South Korea, Singapore and Hong Kong) become competitors. These “new importers” will take advantage of very high regional HE demand, their own booming economies, increasing English-language-based provision and lower fees. The “old dogs” will have to learn some “new tricks” to cope with these shifts in HE.

I was recently an expert panellist at a Webinar roundtable on megatrends in HE (see the report/recording here Megatrends Webinar and Report Access and UWN article here Global universities unprepared for sea change ahead. These disruptive forces are shaping HE and we need a growth mindset to see disruption as a source of innovation, while staying true to our values and mission.

Every abundance creates a scarcity. With the profusion of educational content, we are losing the relationships and sense of belonging to a learning community. Rather than technology replacing HE, I see human encounters becoming more valued with precious human exchange of wisdom-sharing key to the development of expertise. HE needs through-life learning ladders with peer-peer social learning networks, driving up access to HE and personalisation through learning science and analytics.
HE cultivates thinking, aliveness and creativity - moving beyond content into the learner experience for personal and professional growth as well as societal impact. What we do in HE matters!

I think there are three disruptive forces. One is companies hiring learners from other channels. In the US, and I assume elsewhere, big companies like IBM, Google, Amazon and Deloitte don't necessarily require degrees of people they're hiring into traditional white collar college degree jobs anymore. I've heard at IBM these are called 'new collar jobs'. So the more that happens, the more there's a disruptive force.

I think the second disruption will come from within higher ed. Examples of places where this is happening include Western Governors University, Southern New Hampshire University, Arizona State University, Minerva Project and many others. And again, I'm more familiar with the US, but I have no doubt that these kinds of disruptions from within universities are going on in other places as well.

The third disruption is the students and families themselves. Most people can't afford a quarter of a million dollars for a thing where you really can't gauge its value. You don't have, for instance, the ability to go to a college and ask for the data on where students are going after college and how they're succeeding there. It's just something of a leap of faith.

So the company disruption channel, disruption from within the higher ed channel and the student and family disruption channel are all going to have an impact. Five years is a pretty short time frame in higher ed. We're talking about not much longer than a traditional undergraduate degree. Maybe it's 10, 15, or even 20 years before those forces really make mainstream alternative channels, but I think they're coming.

I see education to become something you “consume” during your whole life. This means that it may become unbundled earlier. I see algorithm mentors that will guide learners on their next choice of a course, a module or project/experience. More clarity will also emerge on the skills and competences that people carry with them as virtual badges. Finally, all education will focus on planetary citizenship trying to educate for great and responsible people.

I see two large changes in the next five years. The first is the growing affordability of the technology available to universities. Technology that used to be available only to large corporations is with highly paid IT and media experts is now becoming widely available to universities, including everything from professional video production tools to online learning management and collaboration systems. The second is the fast growing trend for English language degrees in traditionally inaccessible countries like France and Germany where education is often still free for international students.

1. The continuing rise of for-profit universities (FPUs) that can offer lower cost degrees because they do not spend money on research by faculty. These FPUs will divert students from second and third tier traditional universities, especially in countries such as the UK where significant fees are now charged by public universities.

2. The improvement of the online experience to provide more student engagement, including in blended programs that combine online with face-to- face, such as the Executive MBA that I lead at Imperial.

3. The effort by European university systems, such as being attempted by President Macron of France, to introduce selection of students by universities rather than the other way around.

Are you a higher education professional?  Do you have an opinion about the major disruptive forces that will shape Higher Education? Great! Share it with us and we will add it to our expert round-up: hello@fullfabric.com.

I am the Head of Solutions at FULL FABRIC. I am passionate about education and technology.